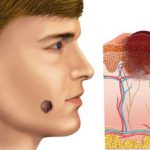 In recent years, people have become increasingly apply to cosmetic centers for help in getting rid of moles. Such skin tumors can affect the skin in various forms, thereby delivering a man a lot of discomfort or discomfort. One of the practical methods of getting rid of classical tumors on the skin acts as laser removal of moles.

Some people turn to dermatologists or cosmetologists pursuing cosmetic effect. These customers want to remove moles, papillomas or get rid of warts, appeared in public places, especially on the face. Others turn to cosmetologists to prevent the spread of new skin tumors.

But the most important reason why it should go through laser removal of moles – a possible exception defective degeneration of these tumors on the skin. In our cosmetic center, this procedure is completely safe for the patient. Laser removal of birthmarks on the principle fotoselektive thermolysis. This procedure allows to permanently get rid of the growths on the skin on different parts of the body

Mole removal in Lviv with a laser can pass our cosmetic center. Especially important time suspected congenital degeneration ordinary moles to malignant neoplasms. This may indicate the following features:

Examples of “before” and “after”

* results are not the same for all clients

Today actually undergo laser removal of moles in Ukraine as it is not only safe but accessible procedure. If symptoms become apparent proliferation of nevus on the face or mole gradually increases in size – as soon as possible should be examined by a dermatologist and begin to treat these tumors.

The laser method of getting rid of the nevus is completely safe and is considered one of the most effective methods for their removal. Among the main advantages which laser removal of moles in high demand, are the following factors:

TOP 3 most popular procedures in “Janvi”