Without a cream on the street not a step!

Cosmetology Janvi › statti › Without a cream on the street not a step!

Without a cream on the street not a step!

Contrary to popular belief that only redheads have freckles, these age spots on the face can appear in the spring, even in people with dark hair and dark skin. Dermatologists say that in this way the skin is protected from ultraviolet radiation. As a rule, freckles cover the skin of the face profusely in early spring. 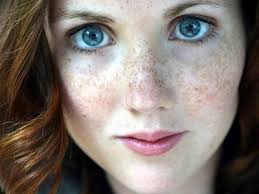 – I want to say that freckles are not some kind of skin disease or defect. – says Zhanna Prikhodko, a dermatologist of the highest category. – This is a normal skin reaction to the first rays of spring, which after winter are quite intense and even aggressive to the skin. This is a signal that it is time to use sunscreen.

It is the first bright rays that provoke hypersecretion of melanin, the skin pigment.  As a rule, the sun is most dangerous for fair-haired and red-haired people, because their skin contains very little of the pigment melanin and the cells that produce it. This means that they have a high risk of developing skin cancer, malignant degeneration of moles, exposure to the sun often causes burns. And freckles contain pigment, as if it “absorbs” the sun’s rays and prevents burns.

The appearance of freckles can be genetically determined. So, to cure, that is, to get rid of freckles forever.

– However, it happens that the face is literally sprinkled with freckles – a person can experience this as a cosmetic defect. What to do?

– There are special masks, lotions, photo protective creams that protect the skin from the sun and thereby reduce the number of freckles. In general, you need to start preparing your face for the spring sun in February. And now, be sure to use sunscreen – this will protect the skin from the so-called photoaging, saturate with essential vitamins, moisturize and even save from neoplasms.

Regarding whitening creams, they should be applied only to the pigmented areas, and not to the entire face, otherwise the skin will become unnaturally white.

In addition, there are proven folk remedies that reduce the appearance of hyperpigmentation.