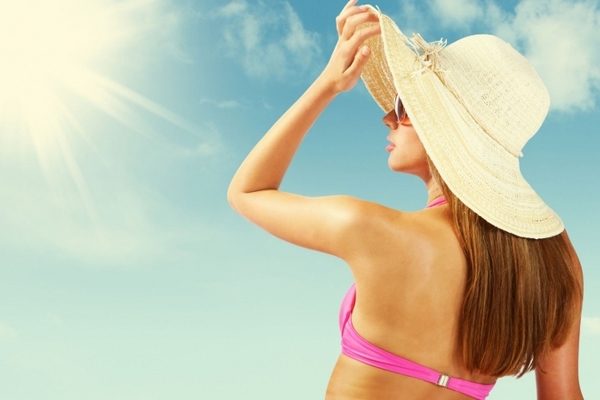 J. Prikhodko:
– The fact is that most often it is after visiting resorts, where people sunbathe intensely, moles begin to regenerate. After all, nevi are nothing but benign skin tumors. There are the following calculations: a person who has more than 20 moles has an increased risk of developing melanoma. Although even if a person has only one mole, it can also cause skin cancer. Conversely, even many nevi do not necessarily mean that cancer will start.

– Is the sun itself one of the main provoking factors?

– According to statistics, 3.5 procent of oncological pathologies are caused by excessive exposure to the sun. Sunlight, which is carcinogenic to humans, are the main causes of diseases such as basal cell carcinoma, squamous cell carcinoma, and melanoma of the skin. There are certain types of skin cancer that are completely provoked by the sun. These are squamous cell and basal cell carcinomas. But it is always preceded by precancerous conditions – the so-called solar keratosis.
These are small red plaques on the skin that flake off but do not cause any unpleasant symptoms. Eventually, a wound may form that does not heal for a long time. Instead of going to the doctor, people often cauterize them with iodine or celery, which in this case is completely ineffective. Therefore, in the summer, avoid prolonged exposure to the sun and be sure to use sunscreen.

– It is said that if a person has a lot of moles, you need to be examined by a oncodermatologist once every six months. It necessarily?

J. Prikhodko:
– In general, moles should be monitored constantly – all nevi should be examined from time to time, to monitor whether their color changes in size. This is especially true after the holidays, when you sunbathe.

It happens that the mole begins to bleed, or becomes inflamed, in any case do not stick it with a band-aid, and go to the doctor. The mass appearance of new moles should also be a cause for concern. In general, if you notice any changes in moles, spots or rashes on the skin after vacation, you should go to a dermatologist.

– Our skin “remembers” all the sunlight we receive during our lives, – says Serhiy Korovin, a top category oncologist, head of the skin tumors department and the National Cancer Institute. -If a person has suffered more than three burns, skin cells may begin to divide incorrectly, which increases the risk of skin tumors.
Remember, ultraviolet light is a factor that provokes irreversible changes in the cells of the body. It has been proven that burns caused by ultraviolet light in childhood can cause skin cancer in adulthood. I will add that every year in Ukraine there are about 2700 new cases of malignant skin tumors. One of the triggers is the desire to have a tan.

At home you can take the test “ACORD”. Letter “A” – asymmetry (healthy moles should be symmetrical, do not spread in one direction or another), “K” – edges (should be smooth, not jagged), “O” color (birthmark should be a uniform color, and if it combines brown, red, purple shades – a sign of rebirth), “P” – size (concerns should be moles with a diameter greater than 6 millimeters) and “D” – the dynamics of which of the signs).