Walking on the eye 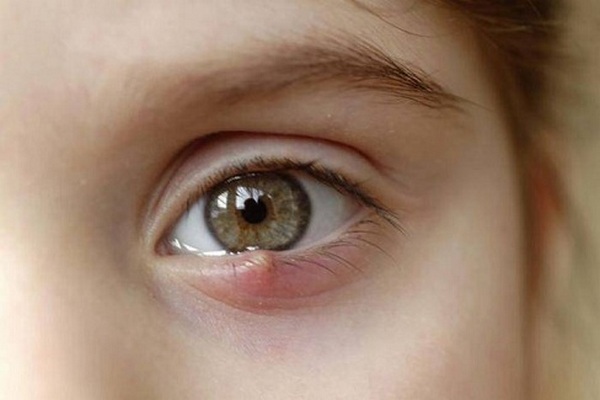 Walking on the eye

In windy weather, you can easily catch the infection.

When it is stuffy and windy outside, many people are annoyed by such annoyance as barley on the eye. “Where did it come from, it’s never been like this,” we wonder. In fact, everyone has suffered from painful swelling in the eye at least once in their life.
Yes, it is an infection that under certain circumstances gets into the eye area, – says Zhanna Prykhodko, a dermatocosmetologist of the highest category. – This can happen if a person rubs his eye with unwashed hands, causing an infection. Or windy weather can be a threat. Against the background of this kind of hypothermia, the infection easily develops.
Pathogenic flora enters the mouth of the sebaceous gland, mixes with fat, and the gland becomes blocked. As a result, its functioning is disrupted, it increases in volume. This causes not only swelling and redness, but also pain. Because blood vessels and nerve endings constrict, the trophism of the sebaceous gland is disrupted. This is how barley appears on the eye.

“Barley has just appeared,
make a decoction of chamomile or make strong tea “

–   And how long does he “live”?
–    7-10 days. As soon as the barley appears, I advise you to make special lotions. To do this, prepare a decoction of chamomile or brew strong tea. But do not use bags, because they may contain many small particles, dust. It is better to prepare an infusion of tea leaves and using gauze folded in four, apply home remedies to the affected area. The broth should be at room temperature, lotions should be done for 10 minutes three times a day.
Thanks to such procedures pain disappears, inflammatory hypostasis decreases. In addition, the body itself begins to activate immune mechanisms to fight infection. If the process is accompanied by severe pain and does not last long, special drops and antibacterial washing will help. But this should be done only after consulting a doctor.